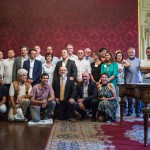 An important assembly of EGTC AEuCC was held in Faenza last September 3rd, 2016: in the context of the International Ceramics Festival Argillà Italia 2016, the representatives of the four member countries of AEuCC (Spain, Italy, France and Romania) met together with the delegates of countries that have recently created (or are in a very advanced stage of the process of creation) similar Associations of Cities of Ceramics (Germany, Poland, Portugal, Czech Republic) and of contries in which a significant discussion has started for the setting up of such associations (Austria and Switzerland). 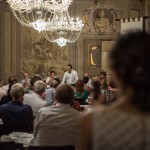 The meeting, held in the form of a conference and therefore open to observers from other countreis, was also attended by representatives from Croatia, Sweden, Russia, Malta, Cyprus (all of which have declared a strong interested in starting a process of approach to AEuCC, also in the simplified form of “observer cities”) and India, South Korea and China, interested in this important European experience. 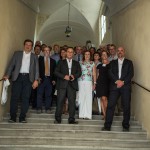 The President of AEuCC, Philippe Amy (France), recalled in his closing speech the important functions of territorial cooperation and economic and social cohesion of which the EGTC AEuCC implements and the significant projects started in the fields of Culture, Tourism and Economic Development, in line with the “Jobs and Growth” objectives of Europe-2020.