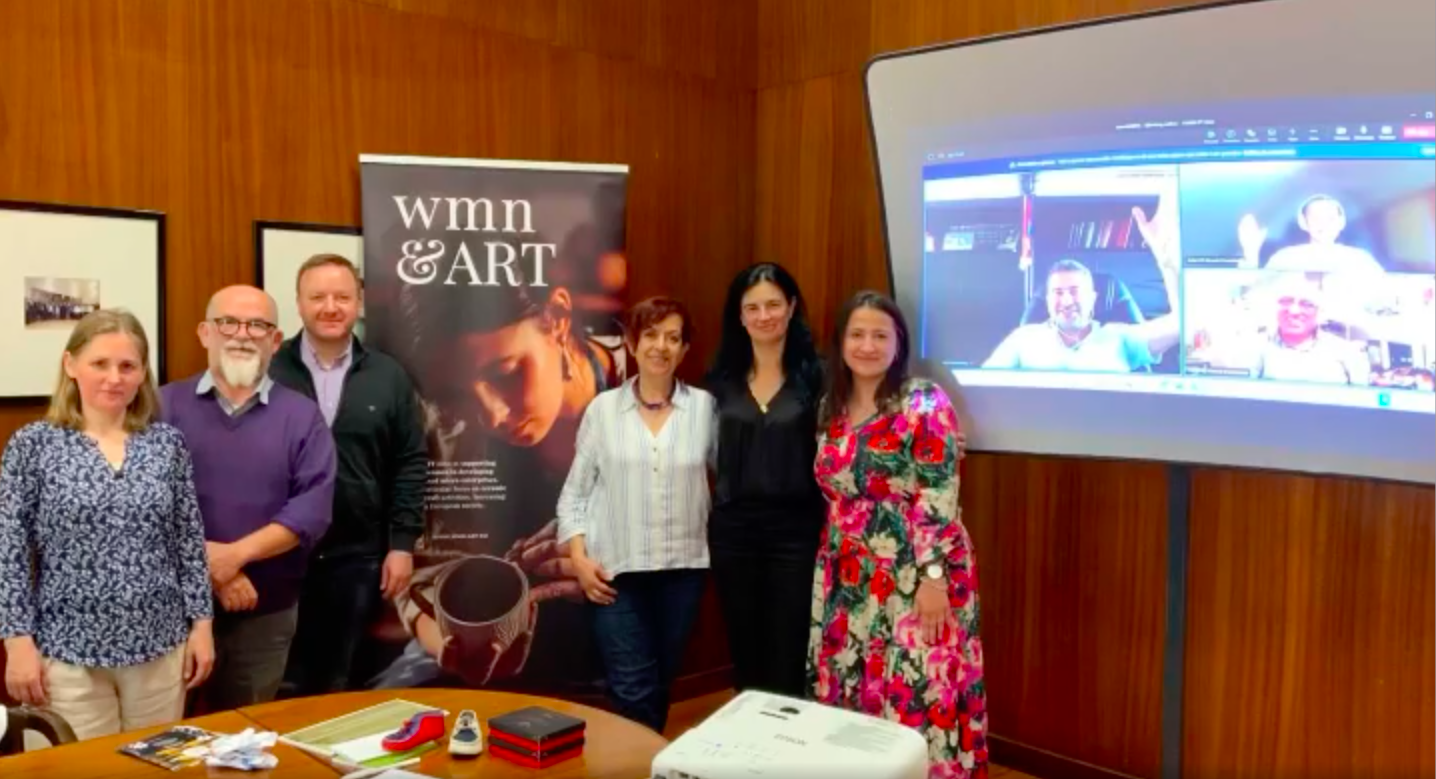 On the 6th and 7th of June, the project partners were hosted by CTCP (Centro Tecnológico do Calçado de Portugal) in S. João da Madeira, Portugal.

Discover all the news about WMN & Art from the website >

The South-West Oltenia Regional Development Agency, as partner of CLAY – “Cross Sector Support for Innovative and Competitive Artistic Ceramic SMEs” project, organized together with the project leader, the Umbria Region of Italy, the first meeting of the second phase of the project.

The event, attended by partners from Italy (Umbria Region and the European Grouping of Territorial Cooperation Cities of Ceramic) and from Portugal (Technology Center for Ceramics and Glass), together with relevant regional actors in the field of artistic ceramics, took place in Romania, Horezu – one of the representative places for authentic Romanian ceramics, between 2nd – 3rd of June 2022. Partners from France (Association for the Development and Promotion of the European Ceramics Center) and Finland (Southern Ostrobothnia Regional Council) also joined online the event.

The meeting was opened with the speeches of:

The event continued with the presentations concerning the progress of the action plans implemented in the five regions covered by the project: South-West Oltenia Region in Romania, Umbria Region in Italy, Southern Ostrobothnia Region in Finland, Centro Region in Portugal and Nouvelle-Aquitaine Region in France.

Also, during the meeting were discussed the future steps to support SMEs in the field of ceramics, granting increased attention to product and process innovation, while maintaining the tradition of ceramics.

On the second day of the event, were organized study visits in the region, as follows:

– the first study visit took place in the workshop of the local ceramic artist, Sorin Giubega, from the village of Olari, Horezu, recognized by UNESCO for his works, as ”human treasure”. The artist talked about the craft of pottery, about the traditional pottery of Horezu and he also made a short demonstration of shaping and decorating clay.

– the second study visit took place in the store of Nicoleta and Laurențiu Pietraru, who developed a business in the field of ceramics through a unique marketing method. The store is, in fact, a unique construction in the area, it reveals a huge pot, representative of the traditional ceramics in the region.

– the third study visit was organized at the Romanian folk pottery fair ”Cocoșul de Hurez”, which reached its 50th edition, this year. The event brought together Romanian potters who presented their creations in an unique exhibition in the country.