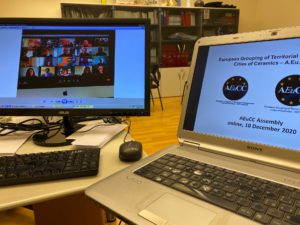 AEuCC President Xavier Morant Verdejo (elected in the 2019 assembly held in Manises, Spain) welcomed all the participants, especially the representatives of the original Members (Association of the Cities of Ceramics from Italy, Spain, France and Romania), of the new Members to be admitted in the present meeting (Associations from Czech Republic, Germany and Portugal), to the Observer Members (from Austria and Poland) and to the Cities interested in creating new Associations of Cities of Ceramics in their Countries (Croatia, Switzerland, Turkey) and join in the future AEuCC and expressed appreciation for the time and effort spent for the growing of the European Grouping, which in 2020 sees an enlargement to 7 Members and 4 in “pipeline” preparation to the admission. 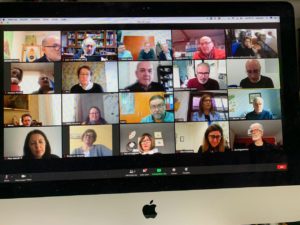 All the President of National Associations (that takes the role of Vicepresidents of AEuCC) delivered a greetings speech from their Country: Massimo Isola from Italy, Patrice Jarque from France, Nicolae Sardarescu from Romania, Maria Jesus Perez Lozano from Spain, Nikola Seko from Czech Rep., Michael Thiesen from Germany and Celia Batalha Fernandes from Portugal, followed by the representatives from Observer and new candidates (Eva Fuertbauer from Austria, Krzystof Hewak from Poland, Danijela Piculjan from Croatia, Claudio Gianettoni from Switzerland and Pinar Adanali from Turkey), all commenting positevely the work done, the financial situation, the projects addressed and realized and the European role and position that AEuCC got in the recent years and the positive role of mixing different cultures and points of view.

The Assembly proceeded, under the coordination of General Secretaries Giuseppe Olmeti and Oriol Calvo, with the technical approvals (some changes to the Statute, the next publication on Spanish and European bulletins, the 2019 final financial report, the assessment of current 2020 budget and of the 2021 budget).

A specific section of the Assembly was dedicated to present and discuss the projects, mainly from European progress, the AEuCC is dealing with:

and the projects recently submitted by AEuCC and waiting for a, hopefully positive, evaluation: 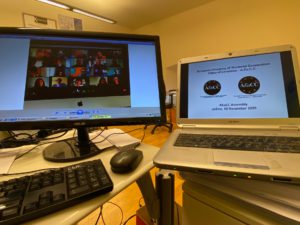 The meeting continued with the discussion of proposals of national Presidents and the approval of a 2021 work plan that, compatibly with the Covid-19 crisis, will confirm the development and actuation of projects, the enlargement work to new Members and the realization of new projects, such as the realization of a “European Ceramics Day” (following the italian experience of “Buongiorno Ceramica”) and the application of specific projects, such as the support to the development of “Geographical indication approval for non-agricultural products” in discussion by the EU Commision and Parliament and the lobbying work on the “revision of the European regulation in food contact materials”.

The AEuCC President Xavier Morant concluded the works with the hope that the next Assembly will be held “in personal presence”, hopefully in one of the Countries that today joined the AEuCC. 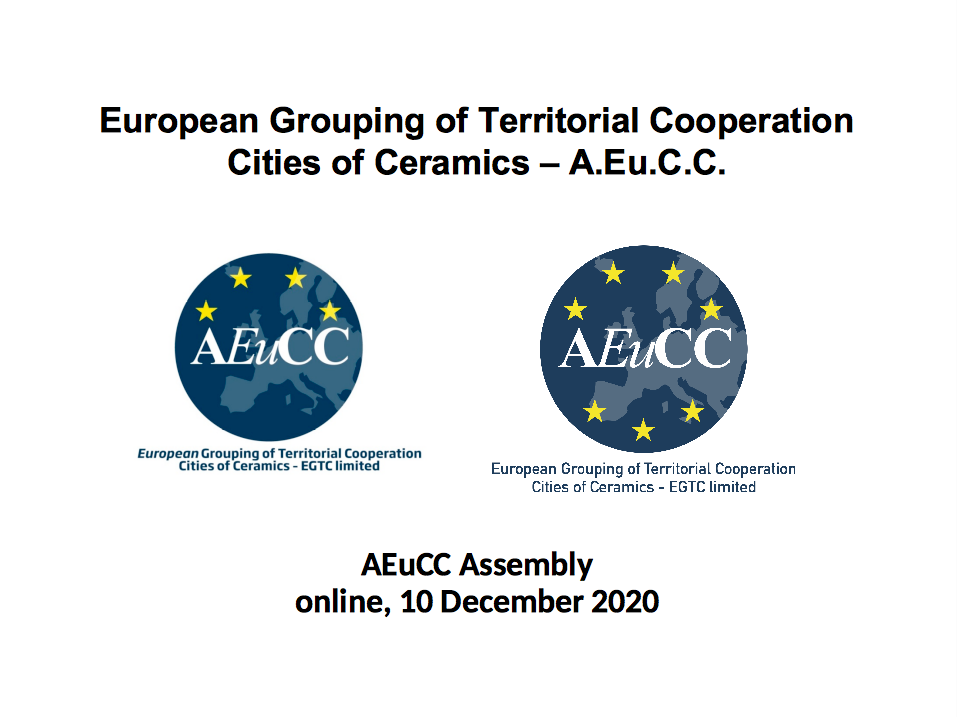 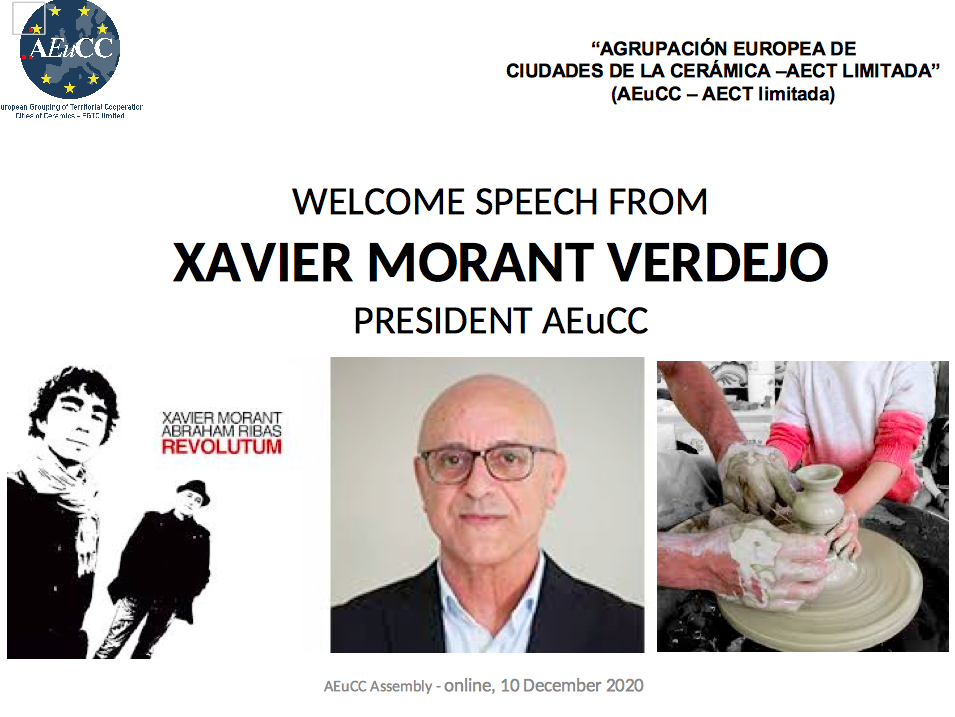 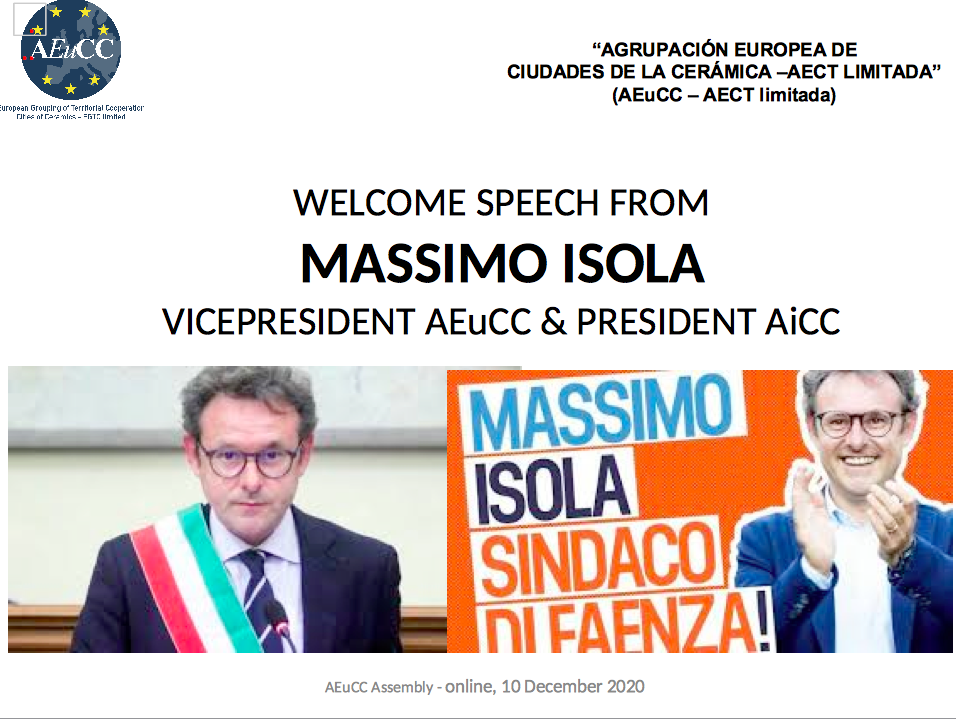 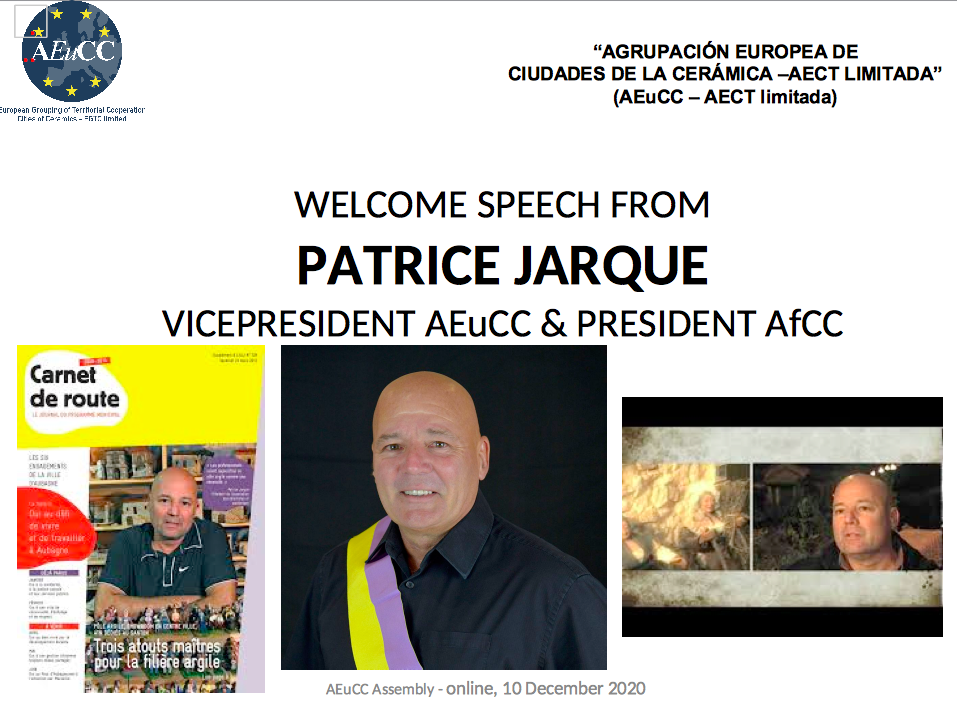 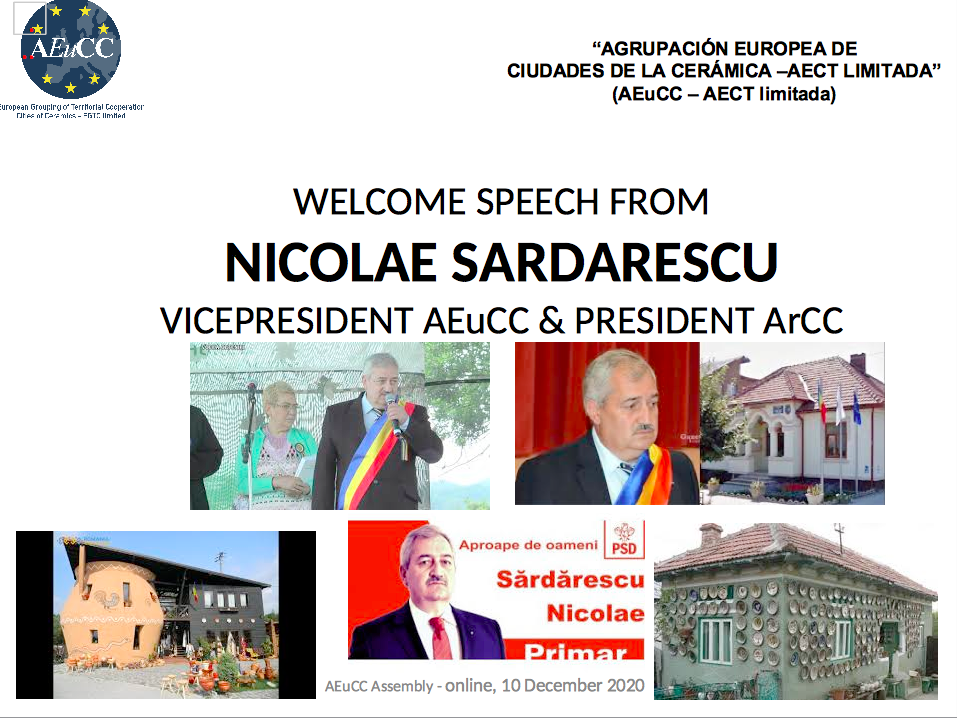 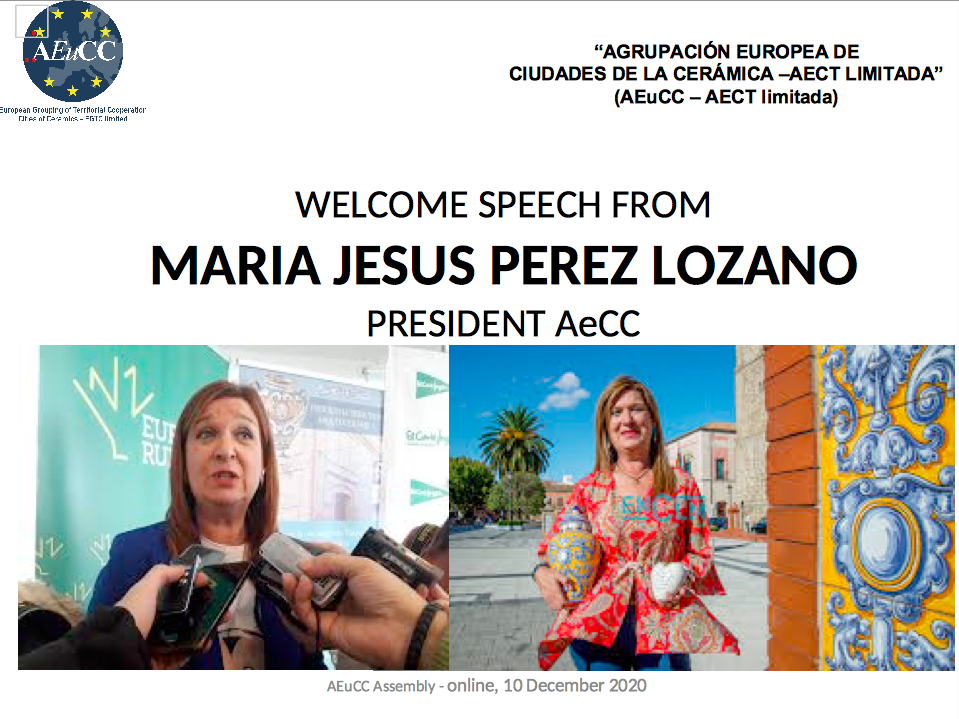 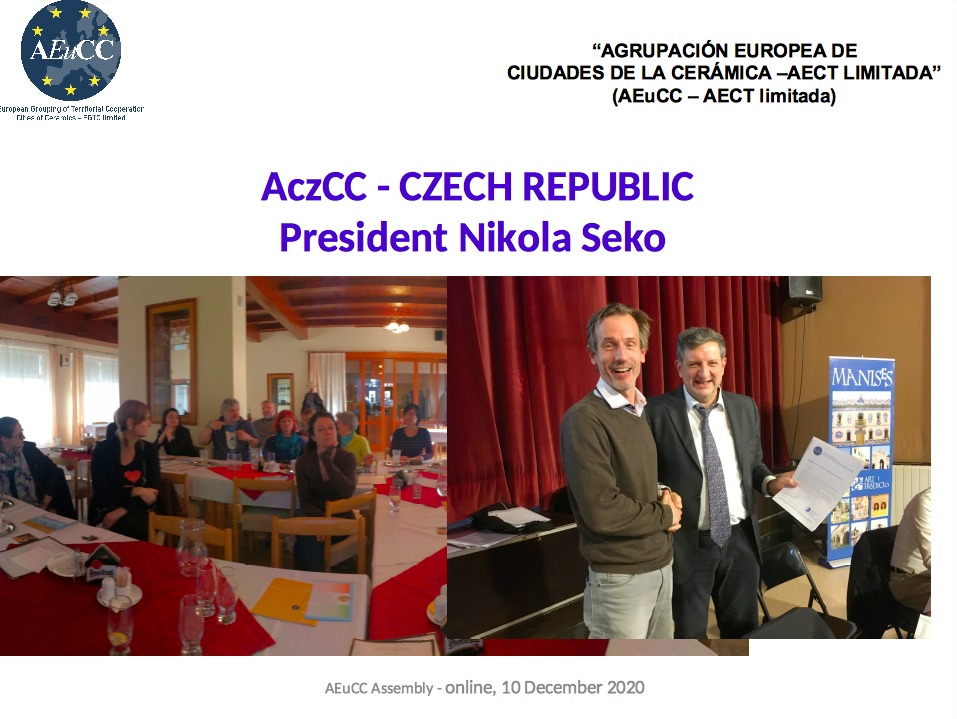 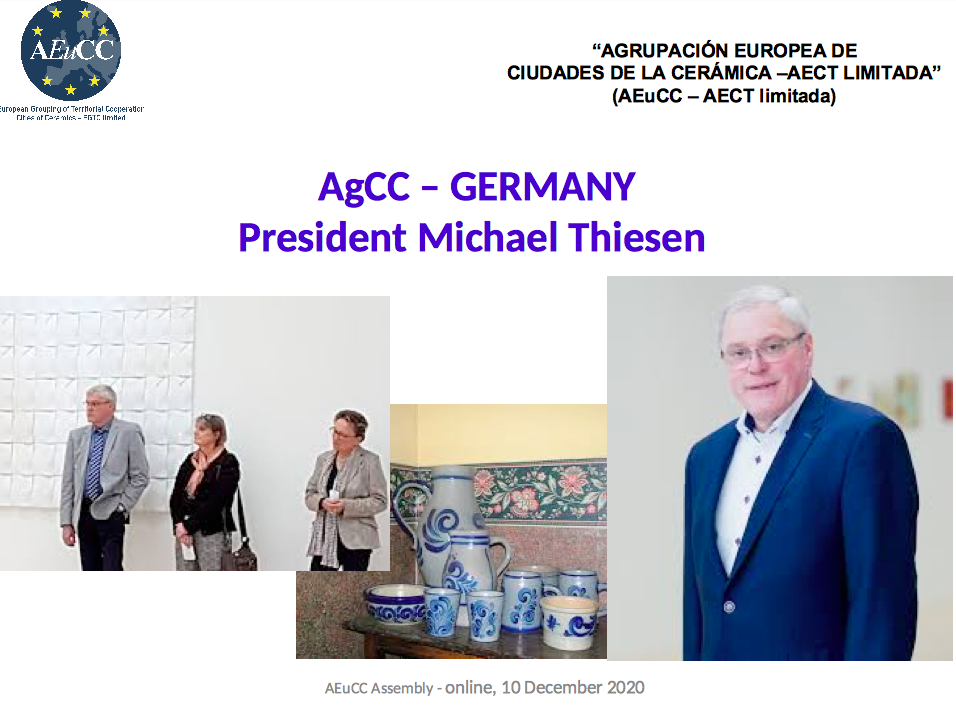 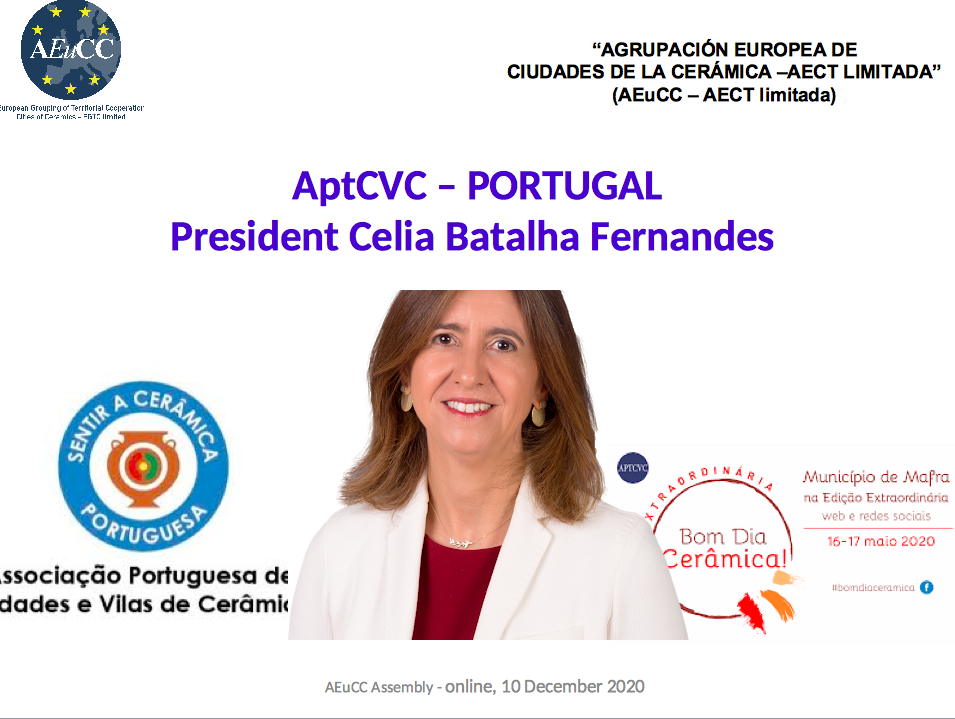 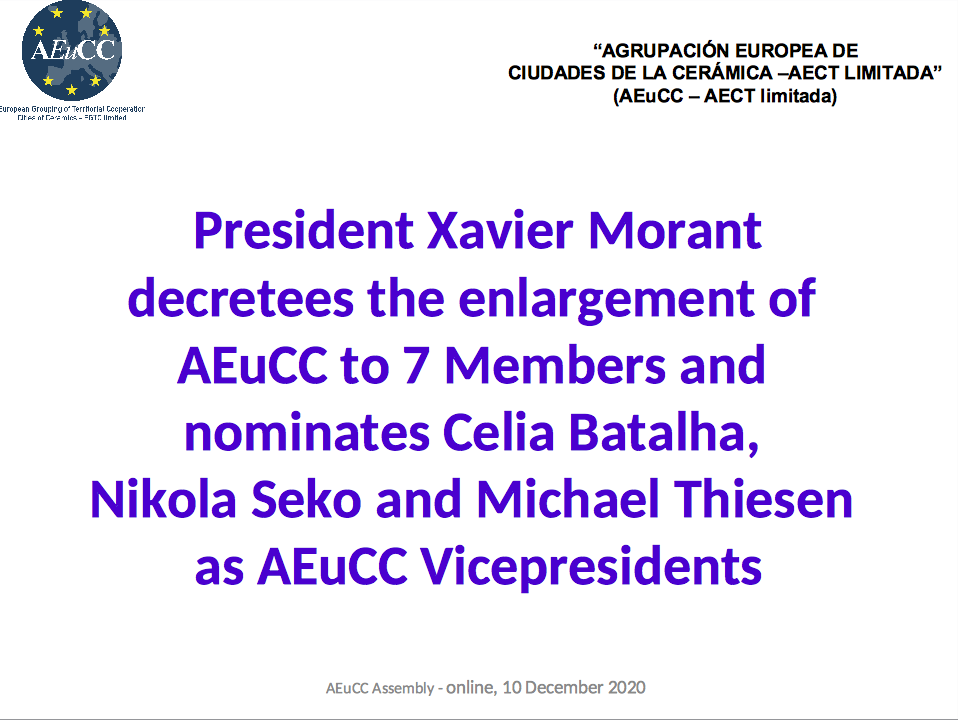 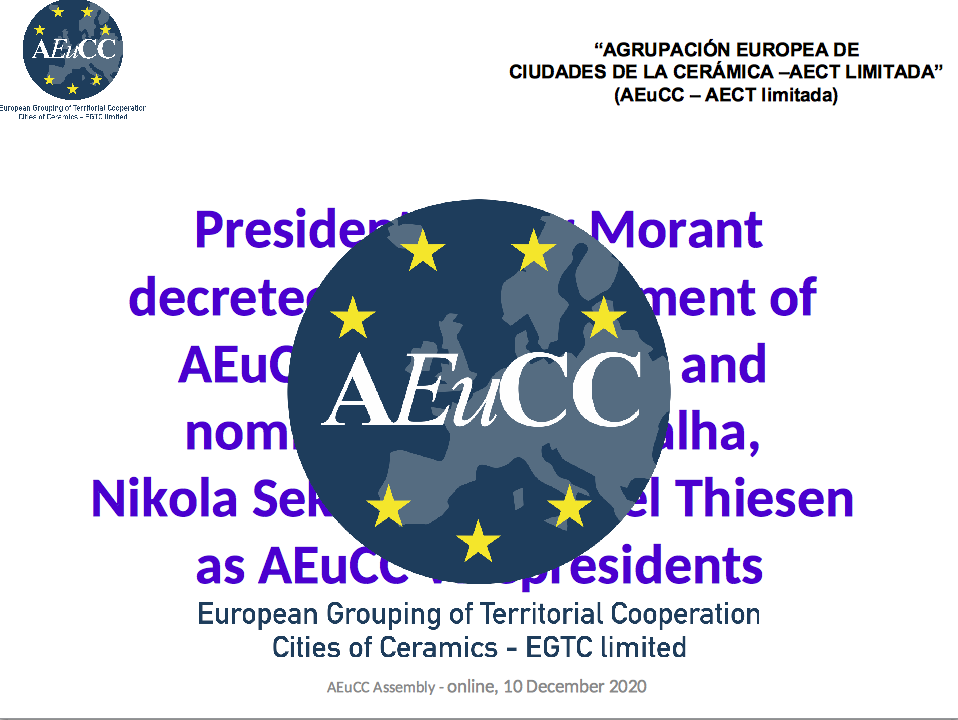 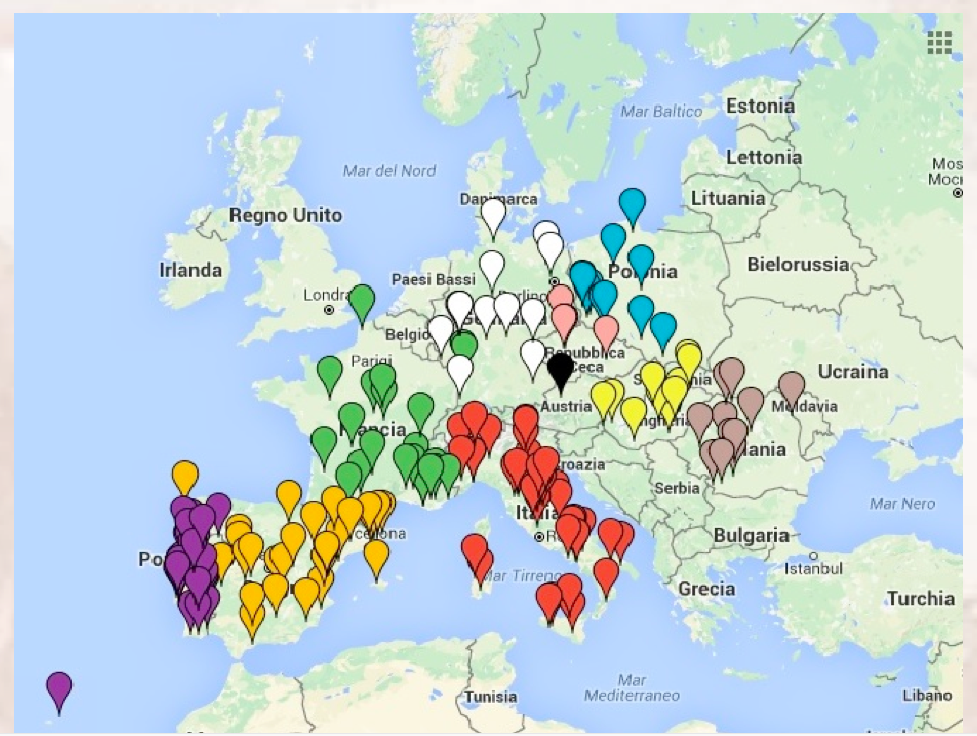 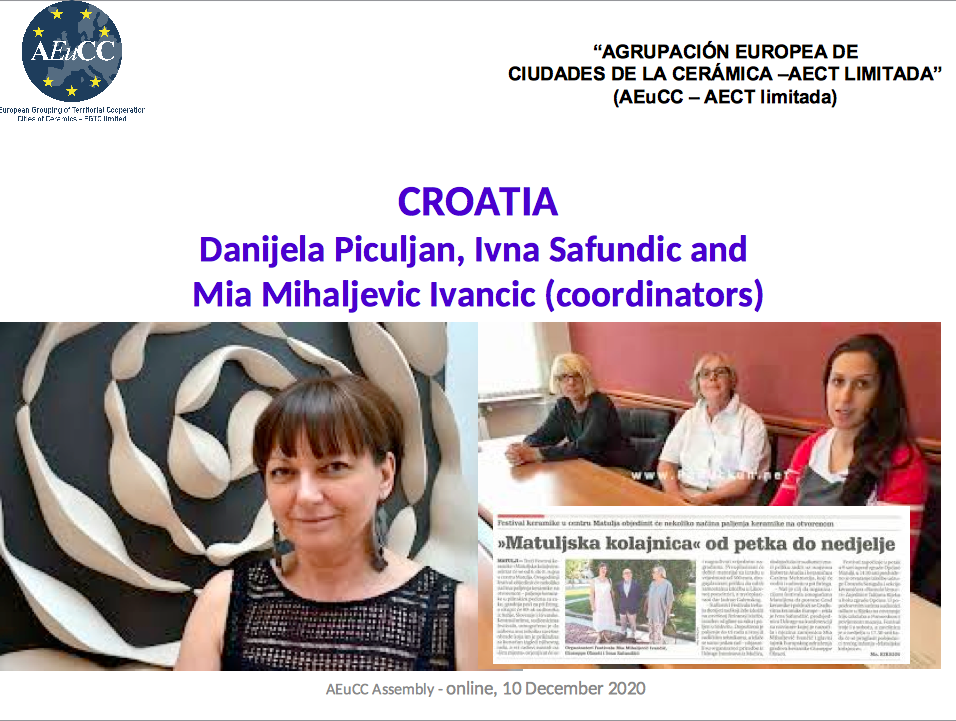 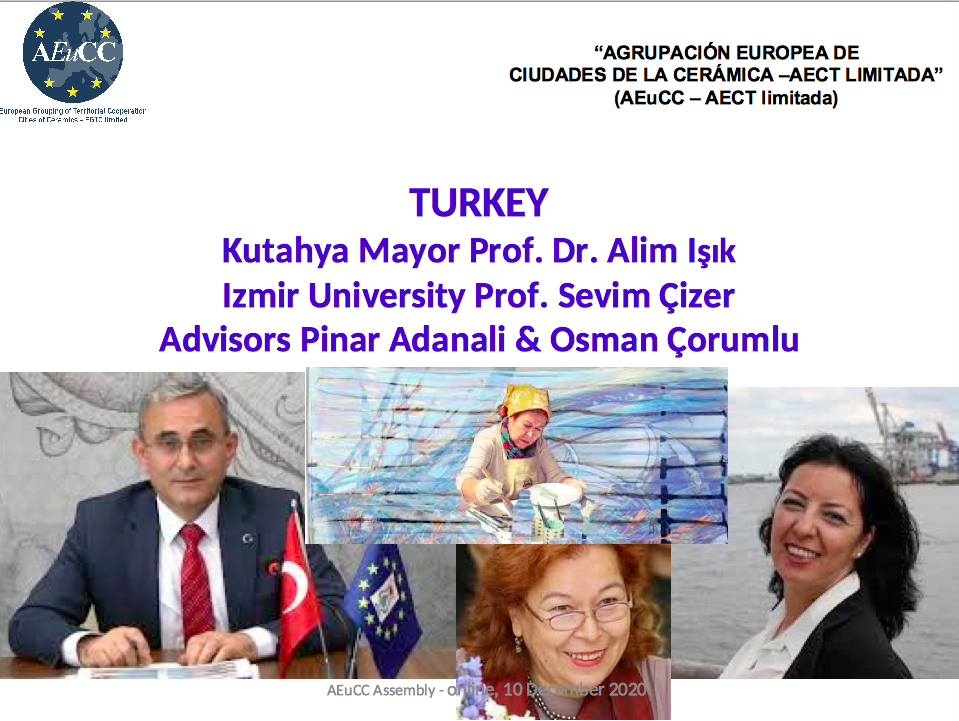 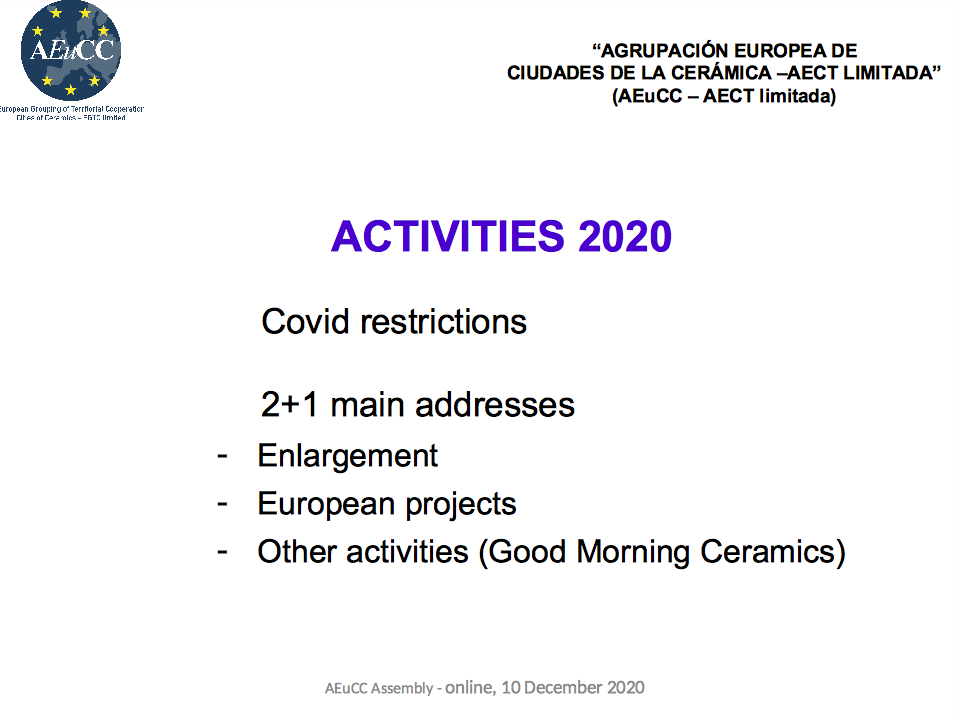 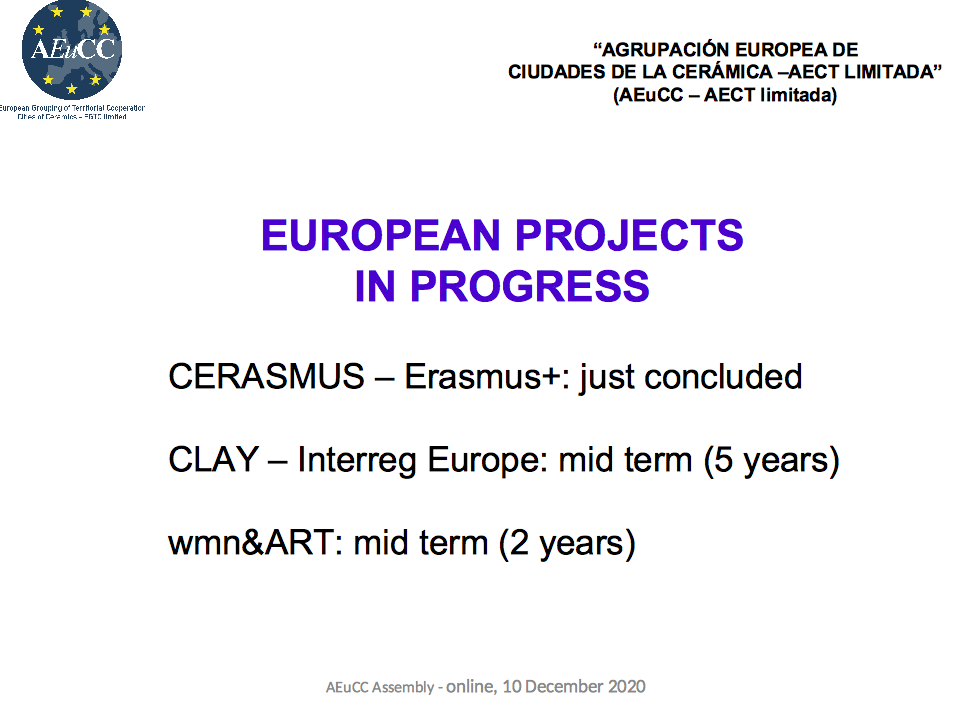 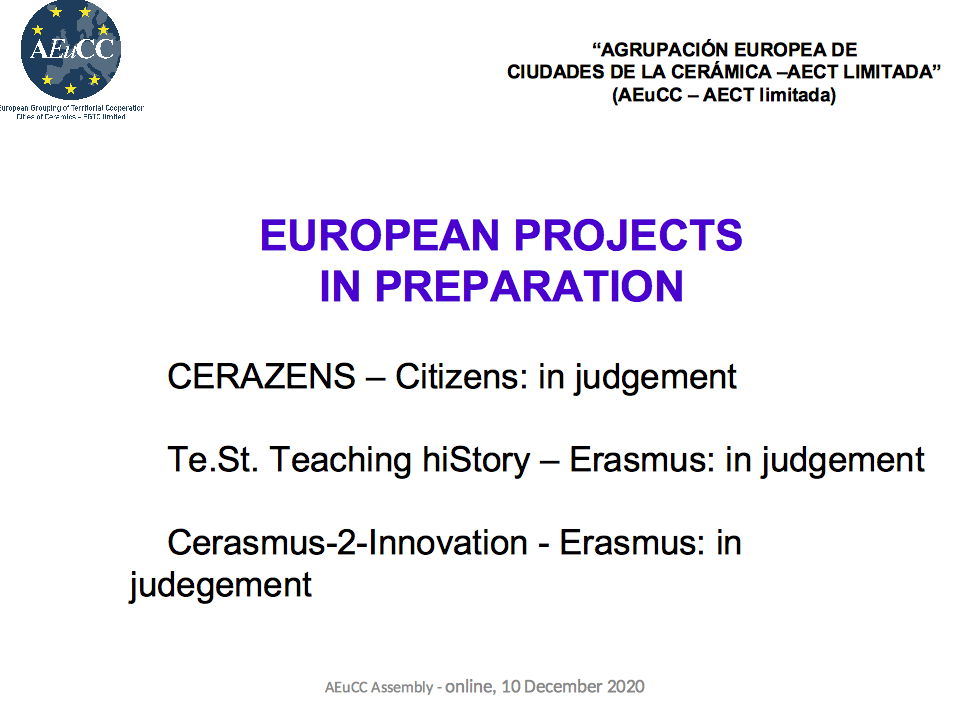